Here are videos of the UK Supreme Court Parliament suspension hearing over three days from Sept 17-19, 2019 and some links to news reports.

The moral is to have [no referendum] at all. – New Quote I Love

Here is a particular section that I got a new entry to Quotes I Love from (Lecture 2, In Praise of Politics, timecode 40:01)

BH: (BBC radio Host): If representative democracy is so effective as you argued that it is.

JS (Jonathan Sumption): I accept that it is not always.

BH: But parliament decided on a referendum when it came to Brexit.

JS: Yes, parliament can do many things that are unwise, that are inconsistent with the way democracies ought to work. I’m certainly not suggesting the referendum was unlawful. I’m simply suggesting that it was extremely unwise and that the last three years are an illustration of quite a lot of the reasons why.

JS: I’m not a fan of referendums, full stop.

BH: Well, that answer the second thing. To get us out of this mess, do we need a second referendum.

JS: Well, I don’t think we should have the first.

JS: Let me finish my sentence. I don’t think we should have the first. But having had the first, it may well be that the only way that we can get out of the mess created by the first is to have another one. But the moral is not to have as many referendums as possible. The moral is to have none at all.

Comments Off on The moral is to have [no referendum] at all. – New Quote I Love |

Life and times via Valedictory Remarks

Biography and auto-biography are types of non-fiction books that I enjoy a lot in reading as I get to learn from the life and times of interesting people. I recently discovered and learned to love Valedictory Remarks from the UKSupremeCourt YouTube channel. Here are two video remarks I enjoy (Lord Sumption, Lord Neuberger, Lord Clarke) and I hope you will too.

Comments Off on Life and times via Valedictory Remarks |

I’m adding a new quote to my long list of Quotes I Love.

“It’s not just what you stand for, it’s what you stand up for.” – Canadian Supreme Court Justice Rosalie Abella (1946- ), 2017 Commencement speech at Brandeis University

‘Reflections on the Rule of Law in a Dangerous World’: The 2018 Sir David Williams Lecture by The Rt Hon. Beverley McLachlin 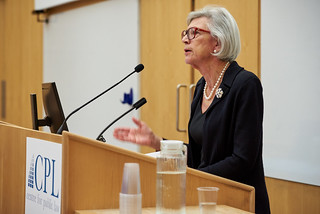 On Friday 19 October 2018, The Rt Hon. Beverley McLachlin delivered the 2018 Sir David Williams Lecture entitled “Where Are We Going? Reflections on the Rule of Law in a Dangerous World“. (more info: downloadable audio, photos) 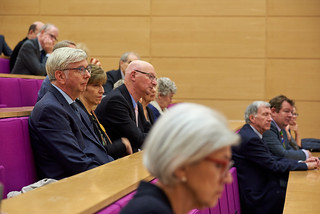 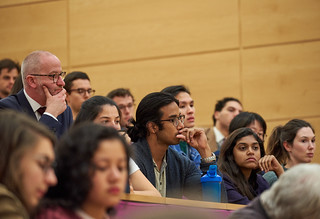 Comments Off on ‘Reflections on the Rule of Law in a Dangerous World’: The 2018 Sir David Williams Lecture by The Rt Hon. Beverley McLachlin |

Found these fascinating speeches by Robert Mueller. Mueller “is an American attorney who served as the sixth Director of the Federal Bureau of Investigation from 2001 to 2013. A conservative Republican, he was appointed by President George W. Bush; President Barack Obama gave his original ten-year term a two-year extension, making him the longest-serving FBI Director since J. Edgar Hoover. He is currently head of the Special Counsel investigation of Russian interference in the 2016 United States elections and related matters.” (via Wikipedia)

Comments Off on Speeches by Robert Mueller |