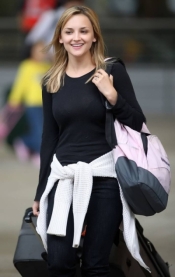 Feb 14, 2021 update: I first wrote this post about the hoax re Jennifer K. Gates on 2008/03/20, and now almost 13 years later when Jenn herself has long been an adult (“Jenn, She/Hers, 24 ✨ Medical Student”), I’m adding an Instagram post linked by an CNN report “Bill Gates’ daughter Jennifer jokes about conspiracy theory after getting Covid-19 vaccine” that is kinda funny after I read her IG post which I quote, “PPS sadly the vaccine did NOT implant my genius father into my brain – if only mRNA had that power…..! 😜” (from her IG account) which I link here so we finally have a pix of Jenn (behind a mask!)! And yes, I do update my old posts semi-occasionally, like this one 13 years later!

April 18, 2014 update: Have a read of this March 2012 Daily Mail article to see Gates’ eldest daughter Jennifer in a horse riding competition. Also have a watch of this 2014 Vancouver TED talk with Bill and Melinda Gates (which I think they show photos of all three of their kids).

Do you think this young lady is Bill Gates‘ daughter? Many people seemed to think so and the photo has been forwarded around the internet via emails and posted on blogs. This is purely a time-wasting thing and I am betting a shiny dollar that it is a hoax.

First of all, Gates’ eldest daughter Jennifer Katharine Gates is not quite 12 years old yet (born in 1996). (Note: see bottom of this Taiwan MSFT page, interestingly the US site has no such info.) And according to this blogger, the charming lady in the above photo is the actress Alyson Stoner and the photos in her official site do show some resemblance.

I think the photos have been forwarded because Bill Gates is rich, the girl is cute, and the act of forwarding the picture seems so harmless.

May be I am too allergic to chain emails and internet hoaxes, I think the act of forwarding chain mails is harmful as it waste our time, spread lies, and teaches us to be very uncritical of things we read, believe, and then pass on. And in this case, a hoax that involves a 12 years old child just seem so wrong, regardless of who the child’s parents are.

The one “possible” side benefit, assuming the lady in the photo is indeed an actress, is that her agent may now have a slightly easier job in getting her new acting assignments as her face is now more familiar with thousands and thousands of people. Even that, if the girl is indeed Alyson, I wonder how she feels about all these misguided attentions?

This entry was posted on Thursday, March 20th, 2008 at 12:16 AM and is filed under ethics, Law, Relationships, social network, united states. You can follow any responses to this entry through the RSS 2.0 feed. Both comments and pings are currently closed.